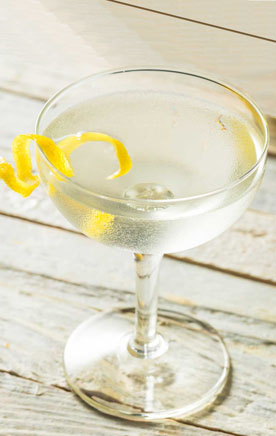 Beer has been consumed worldwide in some form or another since the early Neolithic Period, around 9500 B.C., when cereal grains began to be cultivated on farms. Many archaeologists and historians consider beer to be a pivotal influence in the formation of stable civilizations. Texts from both Mesopotamia and ancient Egypt mention beer and display beer-making practices in pictures, artwork and hieroglyphs. In ancient Sumeria there is major evidence of the discovery of fermentable grains in the “Hymn to Ninkasi”, a poem dedicated to the Goddess of Brewing, including an instructional verse on brewing.

The consumption of beer spread through Europe from Germanic and Celtic tribes dating back to 3000 B.C. With the rise of Christianity, beer drinking and brewing increased immensely due in part to the monks and monasteries which utilized the beers for their livelihood, as well as to support pilgrims and travelers in need. Beer was the most consumed beverage in medieval times since it was usually healthier than drinking water from a well. Flavoring beer with hops did not become popular until sometime in the 9th century. The first use of hops and its perfection were developed by the beer drinking nations of Belgium and Germany.

By the 14th and 15th centuries, beers began to be brewed less in a domestic setting but at a larger scale for mass consumption. In 1516, William IV, Duke of Bavaria, put into effect the Reinheitsgebot, also known as the “German Purity Laws”. These laws required that beer must be made using only malted barley, water and hops (later yeast was added after its discovery in 1857). The Industrial Revolution and the technology that followed afforded beer to be produced at a greater volume and with much improved quality control than ever before. The development of lager strains from cold storage of beer in caves gave way to large refrigeration units with thermometers and hydrometers, enabling the production of higher quality products. Pilsner style lager beers quickly became the top selling beers worldwide by a large margin, and the global commercialization of beer was underway.

Today the beer industry is dominated by a handful of large macro brand corporations that represent more than 95% percent of beer sales worldwide, generating over $100 billion dollars in the U.S. alone. Prior to Prohibition, the U.S. was the home to thousands of breweries. When prohibition was repealed, advertising was a driving market force in beer production, so consumption and commercial lagers rose to the forefront. The craft beer movement in the United States has been in a steady climb since the 1980’s. Renewed ingenuity and fierce competition amongst a growing number of small craft breweries that is estimated at over 1,700 in the U.S., has Europe and the world once again turning towards America for inspiration.

The increasing popularity of beer and the big, bold styles in the U.S. has gone hand-in-hand with the current artisanal food culture. For the first time, a large proportion of consumers are concerned with what they are putting into their bodies. Now, as with cuisine, beers are prized for their quality ingredients and creativity, which adds to a more pleasurable drinking experience.